Welcome to our pages reader and friends from the US, India, & Germany 😉

Harriet Manny emailed us that post, sharing her experience with our audience. It’s about courage n its opposite, and how we sometimes do not have a clear vision of our real qualities, until something happens that would clarify for us things, but not in the way we expect.

We welcome your writing. Thank you Harriet. Pls do the same (email us instantly) if you want to share anything with us; and, we will edit your post, or post it as is if it’s already edited.

Courage n cowardice seem like absolutes. We are often quick to label other people, or ourselves either ‘”brave or “timid, “courageous” or “coward”. However, one bright afternoon on a river deep in the wilds of the Ozark mountains, I learned that these qualities are as changeable as mercury.

During a cross-country drive, my friend Nina n I decided to stop at a campsite in Missouri n spend the afternoon on a float trip down Big Piney River, 14 miles  through the wilderness. We rented a canoe and paddled happily off.

Things went fine- for the first seven or eight miles. We gazed at the over hanging bluffs, commented on the wonderful variety of trees (it was spring, and the dogwood was in bloom). n marveled at the clarity of the water.

Then, in approaching a bend in the river (which we later learned was called “Devil’s Elbow”) the current suddenly swept us in toward the bank, underneath the low-hanging branches of a weeping willow . the canoe tipped over n I was pulled under, my foot caught for just a few seconds on the submerged roots of the willow. Just as I surfaced, taking my first frantic gulp of air, I saw the canoe sweeping out, upright again, but empty, n Nina frantically swimming after it.

I knew I should help but I was petrified n hung my head in shame as I let my friend brave the treacherous rapids and haul the canoe back onto the gravel bar, while I stood by  cravenly.

Then came the scream. Startled, I glanced up to see Nina, both hands over her eyes, dash off the gravel bar n back into the water. I gazed down into the canoe to see, coiled in the bottom of it, the unmistakable, black-n-brown, checkerboard-pattered form of a copperhead snake. It had evidently been sunning itself peacefully o the weeping willow branch when we passed by underneath.

I don’t know exactly why, but the supposedly inborn terror of snakes is something that has passed me by completely. I actually  find them rather charming in a scaly sort of way.

Nina was still screaming, “Kill it!” But I was calm in a way that must have seemed smug. “We’re in its home, it’s not in ours,” I informed her. n gently I prodded it with the oar until it reared up, slithered over the side of the canoe, n raced away- terrified, itself into the underbrush.

I also know that neither of us will ever again be quire so apt to brand another person as lacking courage. coz we will always know that just around the corner may be the snake or the bend in the river or the figure in the shadows or something else as yet unanticipated, that will cause our own blood to freeze.

Our thanks goes to Harriet, and pls feel free to write more. Reading and writing are incomparable with any other work we do.

Let’s talk some more in a little bit. Give us your hugs and kisses ❤

One thought on “Was It Courage?” 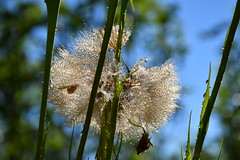 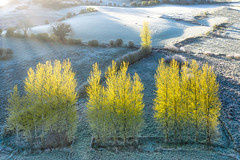