My intention was to write something related to teachers, but something happened today that made me changed the topic.

1Zumba friend, Harry, I will not forget your inquiries, and I promise you, I will gladly speak about teachers, and all the related points that you pinpoint, but in another edition, not this one, coz what I’m gonna talk about is BIG ❗

Someone told me: “China is drowning in its arrogance!” Another one answered: “That is why they are sending their submarine into the Pacific.”  Do you think that China is  getting ready for war, coz she’s losing the market. 😮

When the world’s people hate a nation, they start automatically stay away from its products, and this is what is gonna happen to China. Chinese people will be from now on considered racists whether they are or not. Now, there is a lot of anger, dismay, & disliking planted deeply into the hearts of black people everywhere on Earth for Chinese. 👿

Once hate is created and existed, it’s almost impossible to change it! 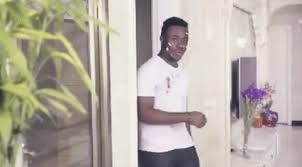 So what happened was that a friend of my daughter sent her a short snap for a commercial, which everyone is talking about right now. It provokes the majority of people from all races, backgrounds, etc. It targeted the black people in specific, and indicated open racism and disrespect  against them.

I could have showed you this clip here right now; but, the idea is that, it would have been more promotion for the product, which is absolutely ridiculous. I had to see the commercial twice, in order to believe that I saw what I saw 😯

Because I was so pissed off, I decided to dedicate this post for all the people who were hurt, or had a knife in their hearts coz of this absurd commercial.

I will give you what was said about this in our news headlines, unfortunately, Chinese commercial:

I never thought that China is racist, I don’t know why, but this is how I thought. Well! It seems that I was wrong, after that terrible commercial, which would have extremely serious consequences worldwide against China.

Of course, you know how it is when people are humiliated, or described as dirt, nobody would ever accept that. It’s unbelievable spark for a global crisis indeed!

People are asking for boycott, and they are completely justified. Any respected nation would do that, and some European countries started preparation for boycotts 😕

I wish Petsmart would boycott all China imports to send a message to China to stop the Yulin dog meat festival. It is a barbaric, sick holiday based on dog torture.” 😯

Until we talk more, about new things, not racism, here’s my big hug for all of you. I love you all, no matter who you are, and wherever you are. You are my dear 1Zumba friends, not like those who disrespect others 😉 ❤