Dear friends and readers, I’m blessed to have you all here. Thanks for your time, and welcome to our fabulous world 😉

Our dearest from the US, Tunisia, Hong Kong SAR China, Canada, Morocco, Bangladesh, the UK, n Australia, it’s always wonderful to have your visits every single time, you step into our threshold. We’ll be here for you, whenever you want to interact with us, day & night 😉

Now, dear 1Zumba friend, it came to my mind “Day & Night” a place we used to go to, to see celebrities, and famous people. At that time, we thought it was a huge thing to happen to us, but later on, we found out that glamour has its deceitfulness!

Today, I’ll give you our Competition Question No. 53, then I’ll tell you more about Yelena, and what she did; afterwards, I’ll present something new for our bright brains, and finally I’ll ask your feedback & comments. How about that?

Yelena was in her middle school, when, for the first time, she saw a kind of a sexual act, which took place between her English language male teacher, and one of her 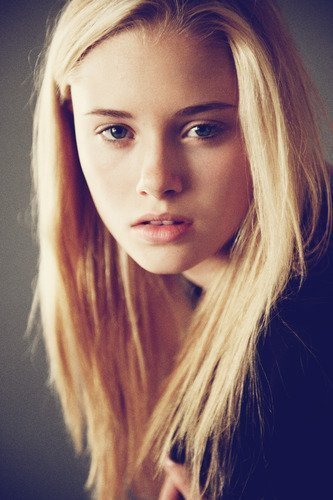 Anyway, now she was trying to figure our what was that she saw. She felt that there was something wrong with that situation, and that they were not supposed to touch others, our of politeness. But, if her teacher was doing that to a girl in her class, so there must be some exceptions that she did not know about.

Or probably,  it was OK to touch other girls’ boobies without being accountable for doing that. There was a trail of questions running into her small head, and she couldn’t find anyone to answer her questions, coz she didn’t dare in the first place to ask them.

She started watching how other girls act among each other. She didn’t speak a lot to other girls, but she was very observant of every single move they did. Until one afternoon, while she was walking in the garden of the school, she noticed two girls getting a bit far away from the sights of others. She had that killing curiosity to find out

what they were doing out there.

She crept away hiding behind trees’ trunks, sneaking from one to the other, just to watch what was happening there. She saw one of the two girls had her arm all around the other girl’s waist, but gradually it was up and up very slowly while not even looking to each other.

They were looking at the fountain which was at the very end of that school garden, with all small lions stuck around. Yelena heard one of them saying: “I’m his oyster!”

There backs were towards the rest of the school, and they were not suspecting that there was someone watching them at all. Yelena’s eyes went wide open in a complete shock! Ooh! What was that? That girl was doing something similar to what was done by my English teacher and that girl, was that an act all over the school or what?

Oh! Poor Yelena became more confused. Remember she was at a puberty phase, where girls need help and guidance, but she didn’t have a mother or an older female who would tell her about those things, and that was painful, because she could not make sense of it.

Enough for Yelena’s story, and come with me to have a look at Toby. Monday morning Toby stayed home from school. He ha a stomach ache, but not because he was sick. He had not finished his science project. He spent the day watching TV.

Tuesday, Toby’s stomach was still upset. His mother took his temperature. It was normal, but he looked pale. He stayed home. His mother came home from work an learned that he had played video games all day.

Wednesday Toby’s mother sent him to school even though he claimed he still didn’t feel well. She was surprised when the school nurse called “I guess he really was sick, ” she told her assistant as she left work to go to the school. “I thought he was just crying wolf.” What does it mean to cry wolf?

It’s an idiom you should know!

The new product that we have for you is for wine usage, or wine lovers. It’s nice,  classy, and glassy! 🙂

We are very pleased to bring you the most exciting news from most respected and innovative media sources.

By joining us, you’re helping to support the efforts of this exceptional foundation.

We love you all, and until we see you again, with new invention, or new business idea, stay cool, and send us your thoughts ❤