It’s hot hot hot today here. Unbelievable, nevertheless, we are happy to have you all with us today and every day, especially from the US, Mexico, The US, The UK, Guatemala, Japan, Italy, n India 😉

A lot of work on Mondays!

“Do you want some of these?”,  my dear 1Zumba friend, the guy who said that was in a TV show, holding something like a welding tool  grab it out of flames in all colors, his hair style was criminal loopy one, his eyes were largely open with his dark eyebrows, dark eye-lashes. For me, it was like a comic scene, I burst into laughs, although the scene was meant to be scary and intimidating for the other person who was tied to a chair with his both hands behind , his feet ankles were taped to the legs of the wooden chair. He was sitting on in the middle of an empty creepy room.

But instead of having a reaction of sympathy for that criminal behavior torture type-of -thing, coz of the shape,  the hair style, n the eyes, it was hilarious. It was kind of bad staging for a house to sell. It was a fake situation, and the level of the falseness was very apparent.

One time I was a the movie theater with my daughter, and it was a movie for Ben Affleck,  Gone Girl, 2014, where he discovered that his wife was unstable melancholic type of wife. She did terrible things. He was tiptoeing around his room,  acting as if he was so scared of her. 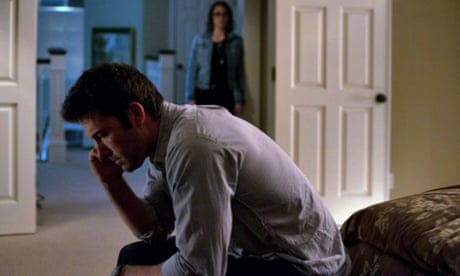 So that is what happen when people do not believe what is being introduced to them. They either laugh out loud about it, or they  laugh in themselves unannounced. People are smart!

That brings us to Margret, 1Zumba reader, who said:  “the play which is performed by the political parties, we assumingly have, is a bad one. We no longer want to watch it, and we no longer believe it. We will tend to laugh, but it’s the worst comedy ever!”

TooWalrus said “You shouldn’t ever vote for the “lesser of two evils.” This past election, I liked McCain, but hated Palin. I also liked Biden, but hated Obama. I didn’t vote. Find a canidate that you support, and vote for him/her. If you find yourself at odds with all canadates on MAJOR issues, don’t vote at all.”

Much has been made over ABC News’ investigation which revealed that during Hillary Clinton’s time at the State Department, a Clinton Foundation donor with no experience or expertise in the area, found himself on a government advisory board dealing with top secret nuclear strategy. That news came on the heels of the InspectoSor General’s damning report regarding Clinton’s emails,….More

People are totally refusing both main major candidates, and there is a possibility that people will not vote for anyone at all.

Whatever this or that party does, people can no longer be deceived. People are smart, and know that neither of them is after serving the real people!

Love you all guys, so keep hanging around. ❤

If a picture will please you, it’s worth looking at it; if a flower will give you a smile, it’s worth growing it; and, if a word will inspire you, it’s worth reading it! 😉 Do you think that moving is fun? Then we have news for you. it is not mostly but it could be. … END_OF_DOCUMENT_TOKEN_TO_BE_REPLACED

If a picture will please you, it’s worth looking at it; if a flower will give you a smile, it’s worth growing it; and, if a word will inspire you, it’s worth reading it! 😉 Why did you think that it was easy? It was just assumption. One of your teachers always said: “Never assume” … END_OF_DOCUMENT_TOKEN_TO_BE_REPLACED

You are in the right place so have some fun! 😉 Some movies will gain your trust and your praise in that there is still new good ideas and real inspiring tales. This time it was a tailor or as he called it a cutter who played his role fantastically and had the ability to … END_OF_DOCUMENT_TOKEN_TO_BE_REPLACED