Thank you my lovely new readers from the US, Australia, New Zealand, Netherlands, UK, Martinique, Ecuador, Argentina, Belgium, and Spain.   😉

It’s truly fascinating how to have such power and such control over almost everything. This is what makes James Bond stand out every time the film appears on that big screen.

In my way out of the movie theater, in SF, where it was the Opening Day of the movie “The Spectre” or 007, I felt some poking on the back of my upper left arm, coming from behind.

I turned around and it was my old neighbor, Charles. “How are you doing? Oh! What a co-incidence, I haven’t seen you in ages!”, I said. “What brought you to SF? Did you move from LA?”, he asked. “Yes, and here for the Opening of 007” I answered laughing. He continued: “I’m visiting a friend in the Bay Area, so no way that I miss this special.”

Charles is a reporter with one of the famous newspapers. He started his remarks and comments about the movie: “the incredible opening scene, it was impeccable!”

By the way, “Spectre“, the 24th James Bond film, is the fourth outing for Daniel Craig as 007, and the second film to be directed by Sam Mendes. The new MI6 team of Ralph Fiennes (M), Naomie Harris (Moneypenny), Rory Kinnear (Tanner) and Ben Whishaw (Q) are all reprising their roles.

“I would see this movie again just for the sake of that crazy fabulous first scene” that was my response.

He said: “Almost perfection!” I nodded my head in agreement. He went on so excited: “I would say, in the history of films, although I’m not an expert, it is one of the very few outstanding shots that captured every part of my mind, from its start to its end.”

It must have been one gigantic budget for that production to come to life. Extremely successful opening scene! In fact, I didn’t know that there was a day called “Day of The Dead” and that it is celebrated in Mexico. It was a new piece of info introducing a bit of Mexican culture to the world. Then comes the song which was beautifully accompanied by that nice choreography.

James bond is still an unbeatable figure in spite of being an illusion, many of us live and love. Then it occurs to me again. Similar to 1Zumba, it is very entertaining, and I know that we compared between both of them before in 1Zumba 007, where we are captured from start to end, with music and movements, and probably other elements too.

Now thinking more deeply, I can say that the excitement that we get in 1Zumba, or at least talking about myself (although I would say many others feel the same), is somehow equal to the thrill level I got out of the first scene in Spectre.

Usually in one or two songs, at least, in each class, you can reach up to the same degree of exhilaration. It is always that sparkle which takes us to a higher level of our enjoyment’s feeling. You need to work on it to get there. With all the sweat, and breathtaking, you will still feel it.

Let’s continue then feeling awesome and shine with our 1Zumba Sparkle!

*Some articles are written weeks ago, not necessarily the exact day of publishing. 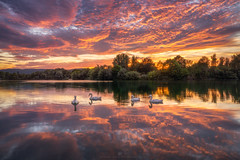 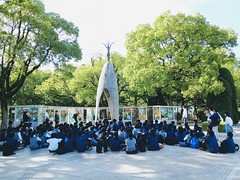