Hello and welcome to our page, dear friends and readers from every corner in our beautiful Earth. Our greetings for new friends from the US, Philippines, European Union, Ireland, Serbia, n Italy 😉

My dear 1Zumba friend, what is loyalty? Where is trust? Love each other, and be good to each other 🙂

It’s really fun to chat a little bit with you today. It’s getting late here but we’ll have

some fun with new stories from our courts. There is many funny stories about some court cases that have bizarre claims, and strangely enough, some won! 🙄

While trespassing on private property, Jeffrey Kline and Brett Birdwell got themselves burned after they touched an un-insulated wire. The two teenagers sued the owner of the house and received a combined $24.2 million after the trial.

Robert Lee Brock was a prisoner in Virginia in 1995. One day, he decided to be removed from prison so he could enter a mental institution. To make this happen, he decided to

sue himself for $50 million, claiming that he committed a crime while he was drunk. In the end, the case was dismissed and he failed to get his transfer.

A 27-year old man from New York sued Subway after he took a bite of his sandwich and found a knife in its bread. He sued Subway for $1,000,000 because of food poisoning, which he said he had gotten from the filthy plastic handle of the knife. 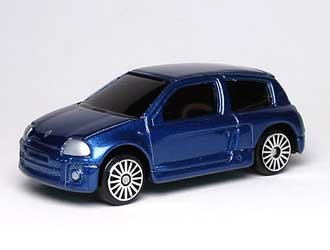 after answering a question on Radio Buxton right. The local radio said she was going to get a Renault Clio as a prize, but when she arrived at the radio station, she only got a toy car. She filed a case against the radio station and the latter was ordered to pay her $28,000.

A man named Terrence Dickson broke into a house and tried to leave through its garage. Since the garage door was malfunctioning, he decided to use the house door. For some reasons, he got locked up inside the garage and had to stay there for eight days since the house owners were on a vacation then. He filed a $500,000 case against the house owners, claiming that he had suffered from severe depression and mental damage for what happened.

New Jersey, woman has filed a lawsuit against her former employer, Fulton Financial Corp., on the grounds that she was wrongfully terminated because of a disability that prevented her from driving in rush-hour traffic.

So, what do you think all our previous claimants were doing? Do you think what I think? Yes, they were just riding their luck. How? If they won, it’s great, if not, no big deal, it’s dismissed. Would you be riding your luck too? 🙂

Have fun guys, and enjoy the rest of your day. With our hugs and kisses, until we talk some more ❤