Well-taken care of, are you?! Certainly, there must be someone who wants to talk to you. We do! Thank you for coming to our world; especially people from the US, Mexico, India, New Zealand, Philippines, the UK, Ireland, Australia, and Taiwan 😉

You hear expressions all the time, don’t you? Some of them are

familiar to you, coz they are constantly repeated within your circle, while others could be new to you; particularly, when they come to you from outsiders (people who are not in your circles).

For example, if you visited NASA, you’d hear people there using certain jargon, some of which you’ve never heard before. Oh! It’s not only at NASA, it is at any other workplace: institution, store chain, small take-away place, or any entity that you’ve never been to before.

Another example, to make it more clear in your mind, is when you took a cruise for few days, 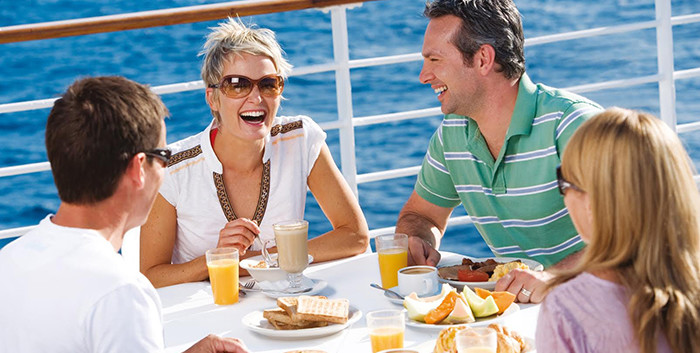 where you spent your days and nights with totally strangers to you, along with a crew who had their own terminology, being in sea travel business, and you kept hearing all those new words about the ship, the crew, the food, the service, the everything! 🙄

Yesterday, my neighbor, Grechinka, told our group that during her cruise to Western Caribbean, she met that funny guy, who told her many incidents that had happened to him, while working on that ship.

One of his funny stories for her was:

One time a customer asked him: “I have a question. Do you all live on the ship?”

(This is a very common question which we’re slightly fed up with answering, so I decide to have some fun.)

Mr. Funny Guy: “No, we all get flown in every day by helicopter.”

(I later found out that the customer had complained about the noise from the “helicopters” keeping him awake at night!) 😮

She kept telling us unbelievable stories, and we couldn’t stop laughing out loud.

Her sister commented that there was a bartender, who was so queer in his answers to people, but that many of them were asking the most strange questions you could ever imagine. She said that one lady-guest asked him, if the stairs were taking her up and down, or not.

He answered her very seriously: “No Mam! Once you got up, you wouldn’t be able to get down again, they move the stairs”.  Haha! Then, that guest asked him again: “Are you sure, so how could I get down here again if I wanted to?” 😆

Many people fear the sea, and many more fear the flights, but if you have to, what are you gonna do? Once in a while, there will be a trip that you must take, but life’s watching.

One thought on “Life’s Watching!”