Dearest friends and readers, life is full of surprises, right? How about if you found out you were a queen in your past life? Welcome to our world the US, New Zealand, n India 😉

A true story that I liked to believe when my student, Alma, told it to me yesterday. It was incredibly impossible, but when I got to the sources of the story, it turned out that it was a true story, or at least all the references I found said that. It involved reincarnation of someone who lived in Ireland and died at early age of 35. So what is reincarnation?

It’s the rebirth of a soul in a new body.

Wow! Is this really possible to happen, or to be proved?

There has been many stories in many countries about children who claimed that they lived before. And this is when you think, but kids sometimes say things just to grab the attention of their parents or others.

It is true, but a child would not lie about something like this, especially when s/he gives details about where s/he used to live before,  giving names to the family that

they used to have in the past life, their names, or the details about the events that had happened to them before, in the other life.

It is all so odd, so strange, and so hard to believe. Basically there are things that you cannot believe unless you see it with your own eyes, and that is what many scholars did, once they heard about any of these phenomena, they go instantly to these children and talk to them.

Take for example the story of Jenny:

Jenny Cockell was just an ordinary Northamptonshire housewife. She was also 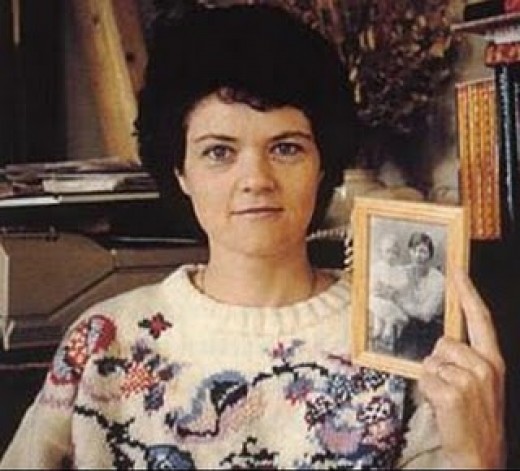 a mother of two children, But there was nothing ordinary about her. Over the next few years, she not only believed that she had lived before, as an Irish woman called Mary Sutton who was born in 1897, but she ‘found’ her children still living in Ireland.

Her story starts just before her fourth birthday. She began to remember her past life in small snatches and pictures, and for a long time she never mentioned it to anybody because she believed that everybody had the same feelings and experiences. The most vivid of the memories was a very disturbing one. She dreamt of her own death. Or should I say Mary’s death. She was also aware that Mary had been 35 years old and had just given birth to her eighth child. She could ‘see’ the hospital where it was happening, and she felt very strong feelings of guild and sorrow that she was leaving her children.

The feelings never left her, and, after experiencing these memories for some time, she suddenly decided to draw a map where she believed these strange things had happened. She just knew that it was in Ireland, she was quoted as saying, ‘ I just felt so sad that I had left them, I realized then that I had to go back, so I got out a map, and I instinctively kept pointing to Ireland. After a while I was drawn to a place called Malahide. I just knew this was my home town’.

But life got in the way, and she was still only a child. It was a few years later when Jenny got married and had her own children, that the feelings and memories surfaced again. Only this time they were stronger.So she started to think about tracking down Mary’s family in Ireland. More

Although it is hard to believe, but things happen, and puzzles are solved many times by science but not always.

Some refuse completely to admit that it could have been true, because of the many

religions which are built on the assumption that one person is one soul is one life, and each person will be punished or rewarded for his/her deeds during the time s/he spends on Earth.

Another refusal for this idea comes from the mathematical minds who claim that it is mathematically impossible to live a life before, and keep dying and re-born again in another body.

There is plenty of stories around, and believe me it is hard to believe which one is true or untrue.

There is evidence that at least some, and possibly all, people have previously existed in another body and lived another existence. When anomalous “memories” appear as personal recollections, those who experience them tend to believe that they stem from their own previous life. However, the memories that surface in consciousness are not likely to be past-life recollections.

Now there is all these kinds of quizzes to know who you were in your past life. How about if you were a queen and you needed to get regain your treasures? I’m totally serious.

Hugs, love, & kisses with more stories about this strange phenomenon ❤

References:
– Your past life.
– Why it is impossible.