Long day or short day, today or everyday, you are always welcome in our pages, dear friends and readers from everywhere: the US, India, Mexico, Poland, Venezuela, Australia, Pakistan, n Philippines 😉

Another puzzle took a sudden leap to our ears, what a day 🙄 Do you believe in

telepathy? She answered him: What? 😮 What do you mean?

I heard that while sitting in the café with my son. When he went to order our drinks, and the couple who sat next to our table were talking very loudly.

So, what does it mean “Telepathy”?
Telepathy is the supposed communication of thoughts or ideas by means other than the known senses.

Another puzzle humans are trying to solve, and what a burden it is to keep searching for answers. It’s our destiny though, and we can’t live without it. It’s the instinct of curiosity. Although many of us remember the proverb: “Curiosity kills the cat”, yet the cat lives inside each one of us.

thoughts from one mind to another, has traditionally occupied the realms of either science fiction or the paranormal, both of which are outside of mainstream science.

Research in 2014 has changed all that, with a scientifically validated demonstration of mind-to-mind communication.

Neuroscientist Carlos Grau  of the University of Barcelona and colleagues set up a clever experiment in which signals picked up by an Electroencephalagraph  EEG from subjects in India  were transmitted over the Internet as email messages to other subjects in France whose scalps had been fitted with Trans Cranial Magnetic (TMS) stimulators. More.

Although I think that telepathy exists, and that it can happen to anyone of us, who has strong ties with another person from his own blood: a mother and a daughter, a grandfather and a grandson; however, I have my doubts about the ability to learn it or practice it.

I feel as if it happens without our intention for it to occur in the first place, and that is why it was called telepathy, the “tele” which is telling someone something at a distance, and the “path” the passage where the tell you’re giving to someone else
along with the “y” which is the whole process of sending and perception by the other party.

It is fascinating! I would add that it is not intentional, and it is not explainable. Probably there are other dimensions that interfere with these things to happen to us for a reason.

You would believe in telepathy when it happens to you. At that time, all your questions will be answered. But what if it never occurred to you, would that mean 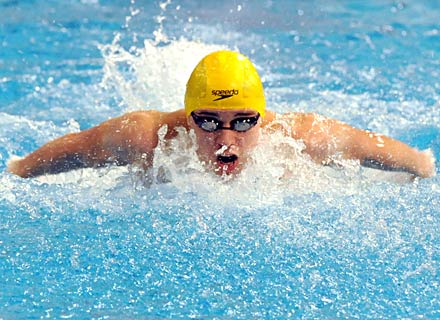 that it existed but you were not among those who had the ability to experience it.

Yes. It is not good or bad to be able to have telepathy. Some people can swim and others can’t, but swimming is learnable, because it’s a physical activity.

Mind’s exercise needs special gifts not everyone have it. Some people can’t do the math, not because they are stupid, but they can’t perceive it. It’s not their thing. And again all these activities can be done intentionally, but telepathy is unintentional untimely-performed.

New research and experiments reveal many secrets for us everyday, and nevertheless sometimes we choose not to believe it, as if we do not want to know any more.

There is still more to say! Until we chat some more, hugs & kisses ❤