Thank you for coming to our pages and welcome to our world friends from the US, Serbia, India, Vietnam, South Africa, and Spain 😉

In order to change my mood, after my friend knew what happened, she asked me to go out with her having dinner. I didn’t want to but she insisted suggesting a new restaurant and bar in Emeryville.  I got ready and we went there after making the necessary reservation. The place was so classy packed with people, some in the Bar area, while others on rounded or square tables.

The music was just the right one. After our orders were taken by the waiter, and having few drinks, the music changed to disco, Michael Jackson top songs. Out of the nowhere, a guy in blue stood up in the middle area in between the bar and the tables, starting dancing or moving with music! Another joined him, then they both started going around tables, asking people to be part of their party.

My friend shaking her arms with the music raising them up in the air made them came to our table, asking us to join their dance too. OMG! I was so embarrassed, blushing, shaking my head, saying “May be later!” But she stood up grabbed my arm, and I felt it was OK! Why not, when I heard “Black or White”, one of my favorite  songs, used in one of my fitness dancing classes.

I started following  their movements, and what I saw after that was everyone who came up to the group following my moves. LOL! We unbelievably enjoyed our evening.

When it was time to pay and leave, the manager came to our table saying that our dinner was on the house. That was not a big surprise, the real one was that he asked us if we like to work as entertainers in their restaurant. Haha! The guy was serious and ready to sign a contract. Can you believe it?  For us, that was a real mind-blowing Surprise  😉

We took it as a joke, and we forgot about that con or thief of pleasures.

Until we talk again, here’s our hugs and kisses for all of you ❤ 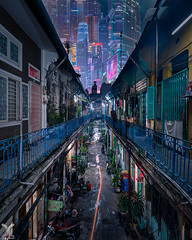 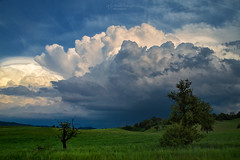 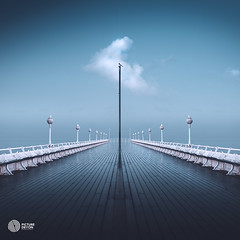