Make your days count, instead of counting them! 😉 Thanks and welcome to your pages, readers and friends from the US, Ireland, and Singapore. 😉

In my way to Fremont, I heard an interview over the radio. It was very interesting for many reasons. One of them was that a female might have asked herself many of the questions that interviewer was asking that pioneering female in the world of Mechanics.

I related to what she said comparing the mechanic job to other jobs that are tailored to men and only men, not allowing women even to try to put a step inside this or that field, just for being a female, under the assumption that it needs a man to handle such a hard job.

Probably you wouldn’t imagine yourself sleeping under a car on the ground, or that your hands are full of dirty oil, or your skin got a splash of some cleaning element, but the truth is that many females do not mind at all cleaning restrooms after customers used them so which one would be more unacceptable having oil on their gloves or having something else? 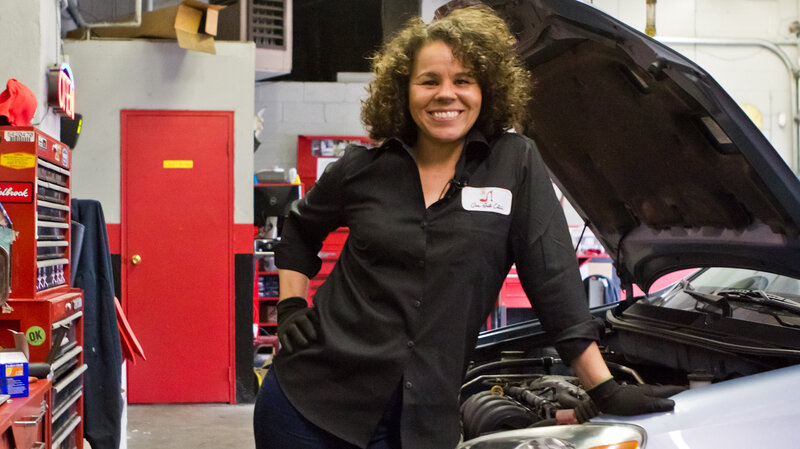 I definitely admired that female mechanic who were able to get through that path and to have her own business as well. I would like to see other females to step forward and learn from that lady what she did in order to be able to reach that position she had presently.

When she told her story, you could hear the triumph in her voice, and the enjoyment of being able to overcome all kinds of difficulties that others put in her way. Her voice was literally smiling at people to whom she was talking to, emphasizing the fact that she came from a poor family and at the age of 16 she was able to get her own car, juggling between three different job.

Not only that, there is quite more to her story. Interested to know more about her?, click on this link. 🙂

Until we talk again, keep flipping in between our topics, and get your tack with our hugs and kisses ❤

One thought on “A Pioneering Mechanic!”