There is a recent claim that there are 7 creatures on Earth that do not die. Somehow they are able to cheat on death. Instead of dying they can live Forever.

Yesterday my friends and I watched an old movie that goes back to 1992, it was about living forever using a certain formula. It was comedy and fun called “Death Becomes Her” 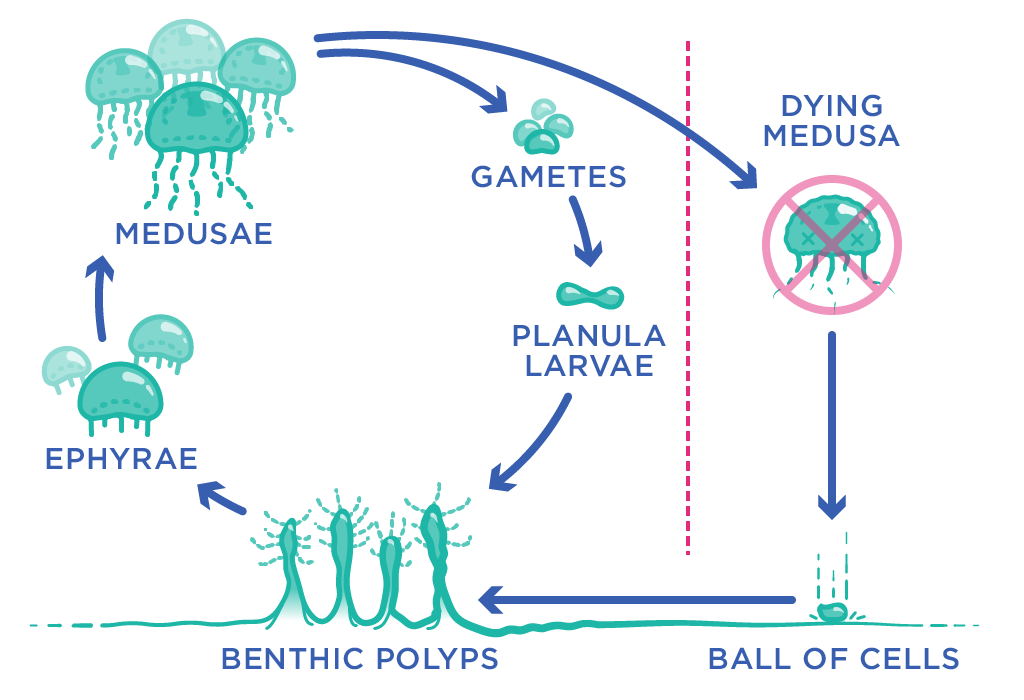 To date, there’s only one species that has been called ‘biologically immortal’: the jellyfish Turritopsis dohrnii. These small, transparent animals hang out in oceans around the world and can turn back time by reverting to an earlier stage of their life cycle.

It’s something beyond all kinds of imagination. And it is so funny that you don’t see too many interested in knowing more about this fact. By far some researchers got interested but where is our real inspiring minds, the real scholars and genius who can make a huge step in figuring it out: how an Earth creature can manipulate life and death.

Don’t you think that you should put more money into researches like this to get an immortal life instead of wasting it on other nonsense projects that return nothing to the people?

Do you wish to be an immortal jellyfish?

Until we chat again, keep looking for answers and keep only the true ones with our hugs and kisses ❤