You’ve almost got it right, except … Wooh, I should have said “Welcome” first for our new readers & friends from everywhere; especially, from the US, India, Canada, Italy, New Zealand, Sweden, n Brazil 😉

As I told you, it was a long frightening moment, hidden in an episode of hysteric laughter , that’s how my instant reaction was for the most menacing situation that took place many years ago, but I still remember it.

While every one had freaked out, and my young boyfriend was in a complete puzzle, there was

no room for bluffing, boasting, or anything else. He had to be himself. He had to show his helplessness, fear, and perplexity.

The boat was so primitive, and there was no means of contacting anyone. We were no longer able to see any land, and added to that, we didn’t even had any life saver rings to hold to, if the boat sank. The biggest plight was that we started seeing big fish jumping up, or tails surfacing the

water. So we were dead, that was how we all thought about it at that long moment of silence that came to all of us all of a sudden.

Madi was the only one crying at that point, while the rest of us were carrying that dreary insecure surprised open-eyes look on our faces.

What made me think of all of that while facing that stranger was probably the same sensation of danger combined with fear, helplessness, loss, despair, & vulnerability.

And although we were saved, and that was something that I never never expected to happen, 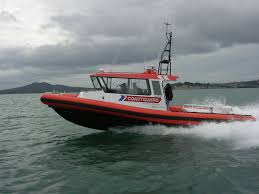 but it happened. It wasn’t imagination, it was real. A guardsman or a fisherman, I’m not sure who he was,  just appeared in a small boat, shouting at us, saying that that we were in a very dangerous area, and that we should sail back ashore. Ben only then had his voice back answering him that that we tried but every time we did, the boat tilted to the side and the water started getting into the boat, and there was no way to control it.

The man kindly accompanied us showing Ben what to do with the mast, and how we should go in a certain zigzag sailing lines in order to be able to reach land again.

Amazing unforgettable experience, but I came back to my senses, when that guy roared: “The more money and the more prestige you have, the more bluffing schemes

would be easier to you”, I interrupted, and I don’t know how I did that, “unless of course you’ve got some morals that wouldn’t allow you to do that to people, am I right?”

Yelling at me: “Listen, I came here 35 years ago, and I only had one and only one thing in my mind. You can’t keep bluffing after all your promises failed.”

Oh! What is he talking about? I didn’t promise him anything. It’s the first time to see him, but he put his hand in his pocket, and got a (OMG!)

With our hugs & kisses until we tell you more ❤