Our gratitude and thanks for our new readers from the US, India, Italy, Sweden, Australia, Mauritius, Netherlands, Singapore 😉

This is extended to include our dear present readers, visitors, bloggers, writers, followers, and any other person who is interested in reading our posts, or sharing them with others.

Just pls remember to mention us, when you share our words, that is all 😉

Hello my 1Zumba friend, we had a lot of chat yesterday! It was a lot of fun! I hope we didn’t keep you away from other important things. Thank you for your time & support for 1Zumba.com;

you are such a good friend!  We are always so lucky to have good friends in our lives, aren’t we? 😉

“Let’s play then! Haha! No time for play, or Ok! Just play fair,”it was that simple how we became friends.

I think that our friendship began even before we met. It started when we wrote to each other.

There was some kind of minds’ meeting. That was how it actually began. It continued for years; she was there whenever I needed her. She never turned me down. She was more like a dear sister, and her husband was like a dear brother. Her family was like mine, & I truly love all of them.”

I learned over the years, that real friendship is hard to find, and I’m talking here about true friendship, between females,  males, or males and females. The reason it is hard, as I heard from others, is that finding  a good friend is not that simple. Why?

Because each one of us has certain qualities in her/his mind about how a good friend should be. The definition of friendship itself  differs from one person to the other. Not only that, but also, in different cultures, it stands for various meanings. That is, sometimes, why there is a confusion or a conflict between accepting others’ ideas of how to define ‘friendship’, or keeping your own.

Some people are convinced that there is nothing called friendship between a man and a woman.

The idea was addressed in many movies, articles, n others; but the truth is, sometimes, actual and real friendship can come up better between a man and a woman than being between two females, or two males. I’m saying this out of experience. I am not talking about love relationship. Not at all. What I have in mind here is pure friendship.

Frankly-speaking, and it feels awkward to say that, sometimes I can depend on male-friends more than female-friends. It does not mean that I don’t have good female friends.

On the contrary I do have many fabulous female friends, too many of them; probably they were not around when things of need happened that is all.

Some females would act jealous, sometimes, not like men. Therefore, I would say confidently that a good friendship can exist a life-time between a man and a woman. Those who are against it, they should try it; then if it failed, not to blame it on the gender, coz it could fail between two men or two women. No guarantees 😉

In our society, we need to build up the roots for the principle of being a good friend, since early childhood. Helping

children learn positive friendship skills is very healthy for them. It’s crucial for kids to have the right attitude as early as possible in their lives, to shape the acceptable normal responses when communicating with friends.

“When I was in primary school, I used to think that it is better to be friends with older kids i my school, so that if someone bothered me, I could ask for their help; basically defending myself

against any mean pupil”, that was Angelina’s say about how friendship was for her when she was young.

Smith, 13 yrs old, in a middle school, when he was asked about friendship, and what it meant to him, he said: “it’s going to school together, playing basketball together after school, helping each other in learning new music piece”. It is quite interesting to hear that, and very true that all these qualities one would find in a friend.

A high-schooled student, Fatima, had another response to friendship. She suggested that a good friend was the one, 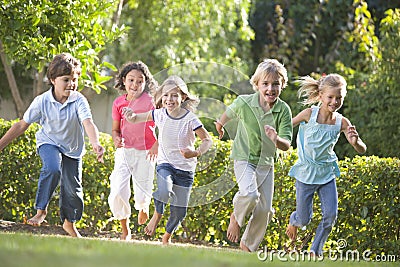 who you would offer helping you without you asking her/him.

The one who cares for you, n no matter what s/he would truly reflect a good understanding to your real you. It felt very philosophical, but again it was right.

On Thursday, I had my 1Zumba class, and after the class, there it was, three wonderful people, who accepted to share their opinions about friendship, and how it was for each one of them. We had a short video to share it with you all with the permission of all parties.

Or, may be again, it’s subject to the factors of culture, age, work, etc…and it only worked for me, coz I was lucky! 😆

In psychology, friendship is even more convoluted. For some people, it gets quite hard to make friends, but the beauty of being able to make friends is that it is you being good to others that attracted good friends to you.

Nothing else would work, believe my, my 1Zumba friend 😉   There is no surprise in this, coz if you set up the norm yourself, the best would follow!

I still feel that we need to talk more about other important factors in friendship, but we have to say goodbye for now, n leave you with 1Friendship for 1Zumba!

May be in a few hours we will talk some more. So until then, enjoy yourself the best you could. 🙄
[To be continued]

8 thoughts on “1Friendship For 1Zumba!”