When Bert came to me, he asked me if I had few minutes to discuss an urgent matter.

I agreed, he is my friend. “A friend in need is a friend indeed”, as it is said. He said: when I came to this country , I only had one reason: to have a  home!

I’ve been here for more than 40 years and I couldn’t get what I came here  for. I thought for a moment, how come that he wasn’t able to do that, while homes were way cheaper than they are now, or at least in certain areas.

My guess is that, he was not given the right info, and I’ll give an example for that. I knew someone in OC, she lived with her husband and kids for over 25 yrs, but she was never told (and she didn’t ask) anything about the home they lived in.

It was under her name, and her husband’s name; however, her husband was in control of everything. She didn’t know anything about her property. She thought as he told her that it was his property, and that she had no share

whatsoever in anything, which was a lie. But the point is that she was misinformed.

Many people live for years without knowing the truth about things, coz they were misinformed at a certain time, about things, and they kept thinking that what they were told was true, until they  discover the truth many years later on.

I wasn’t going to tell Bert all of that. No matter how he lived or what he was told, he came to me, coz he wanted to buy a home, and I, as a friend, and a realtor was supposed to help him. It was not that simple though. Why? 😛

Bert is a big spender. He has just bought a new car five months ago. He rent a luxury apartment downtown  SF, and he lives at a certain style. He has an excellent income

being a physician, but his loans are exceeding his income. When we sat with my lender, she explained to him that his chances for buying a home was there, but it wouldn’t be his dream home at all. It would be within the limit of the loan. 🙄

Thinking of solar products, which amazes me all the time, a new idea came to me, while wishing to sit in a café downtown, when it’s sunny warm, and not having any wind or drift that would spoil my enjoyment in having the sun, the way it is today. 🙄

I thought, why don’t they have cafés in the open air, but at the same time having a service. What is the service? Having a sun bath, while drinking a cup of coffee may be. How? By sitting to a table similar to the table in a café, but it has a three side surrounding glass, which could keep you warm, enjoying your coffee, and getting a tan.

In winter time, solar panels could be used on their top, for roofing, so it would attract the sun’s rays, to be used either in warming up the spot,  lighting it up, or any other purpose/service: making your own coffee may be. Just providing the place with its accessories would be the service you’d pay for. Is it crazy idea? May be, I don’t know. But it could go under development. 💡

Heidi asked Cindy a good question, because Cindy most of the time claimed that she liked

everything. Heidi said: “There must be something that you don’t like, nobody likes everything.” 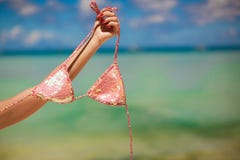 Many women dislike their bras that was true, but may be they’re not using the right kind for their body, or perhaps they shouldn’t wear them in the first place 😕  Unclad, they would go, I mean at home!

If they are  in some places in Germany or France, they can walk naked. Oh! Even in Florida, USA, which I knew very recently there are beached where you can get rid of all your clothing, and enjoy! 🙄

I don’t know what brought this up, but let’s continue talking in a little bit, after I check on how many other places allow nudity, in our world.