So mysteriously magnetic, I used to find “hidden Objects” games, but why it elicited that tempting feeling? First, let’s say hello to our new friends from everywhere: The US, New Zealand, Philippines, India, Italy, Peru, Australia, n Chile 😉

“You know, one time I was driving from far away to Concord, East St., and I was not familiar with that area at that time. I was using Google maps, or my great GPS!

I couldn’t find that street for, I’m not sure, many hours, and of course, I missed

whatever appointment I was having. You wouldn’t imagine how I felt that day, coz I had to go back all the way to SF, without attending what I wanted to attend.

Then I went back to the email I received which included the address.

Here’s what I found. My mind played a trick on me, Coz when I copied the address, I wrote down E. Street, instead of East St. Sometimes I use abbreviations, when I jot

down an address quickly on paper. Every time I entered that address to my GPS, it took me to Martinez E. St., since I didn’t add the Zip code when I wrote down the address.

Oooff! It was frustrating, but it was a lesson as well.

I should have taken the time, to write the address complete, clear, and check on its correction, before I put one step into my car and drive. That was the last time I did that.”

That was Gil, my neighbor, talking to me about one of his funny incidents. In return, I told him one of mine. Haha! That is why at the beginning I said: “So mysteriously, the hidden games were fro me at one time”

The truth is that, what appeals to me might not appeal to someone else, but I knew many friends who shared the same feeling I had. It was like magic. I sat to my computer, click on hidden games, and never quit until it’s dark, and it’s time to sleep. I took me a considerable time to

realize that I was spending too much time playing games, not any games, only hidden objects ones.

Telling Gil about that made me thought why people like “Hidden Games”?

What made that genre “Hidden Objects” so appealing and irresistible?

There was an article talking about how video games is revealing to your real personality. It has some interesting points. Read 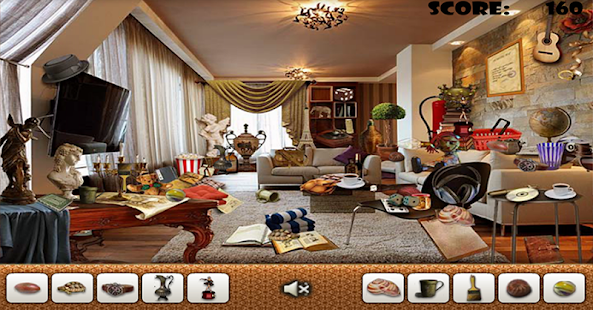 A hidden object game (sometimes called hidden picture) is a genre of puzzle videogame in which the player must find items from a list that are hidden within a picture.Hidden object games are a popular trend in casual gaming, and are comparatively inexpensive to buy.

Give me a big hug n a kiss. Always with our love for all of you ❤