The US, India, Ireland, and Japan, thank you. Welcome our friends from everywhere, you’ll get plenty here to be inspired 😉

First answering the yesterday’s question about what the hokey-pokey was. Just press this link to get your answer.

As for our post today, it is answering a question about ants. Here’s what we reached after our search. Chemical signals called pheromones are involved in the social behavior of many animals. Anyone who has had a dog for a pet is aware of the importance of pheromones (smells) in the social life of the dog. E.O.Wilson has demonstrated that the social life of insects is influenced largely by pheromones. He studied a type of ant whose behavior evidenced a feeling of fellowship according to entomologists. those ants seem to bury their dead.

They do not exactly bury, but they carry dad ants to a spot somewhat removed 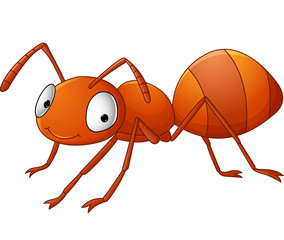 from the ant hill. Wilson was able to demonstrate that the sign stimulus for the burying  behavior was a pheromone given off by dead ants. He smeared a live ant with the a candidate pheromone and, shortly after, two ants picked u the live ant and carried it to the burial spot.

Furthermore, ants use pheromones to leave a trail of scent when returning from a food source to their hill. Other ants in the hill are attracted by the odor and follow the trail back to the food source. Pheromones lose their  potency after a short time, so the trail to an exhausted food source soon disappears. It is not a fiction or a short story, these are facts  😛

Let’s talk some more in a little bit. Until then, here’s our hugs and kisses ❤

Reading could be similar to either eating a snack or a full meal! 😉 Dearest friends everywhere, it is great to know new friends every single day; therefore, we thank everyone of you who spend few moments feeling our words. Our special thanks go for friends from the US, the UK, Nigeria, India, Philippines, Argentina, … END_OF_DOCUMENT_TOKEN_TO_BE_REPLACED

If a picture will please you, it’s worth looking at it; if a flower will give you a smile, it’s worth growing it; and, if a word will inspire you, it’s worth reading it! 😉 Do you think that moving is fun? Then we have news for you. it is not mostly but it could be. … END_OF_DOCUMENT_TOKEN_TO_BE_REPLACED

If a picture will please you, it’s worth looking at it; if a flower will give you a smile, it’s worth growing it; and, if a word will inspire you, it’s worth reading it! 😉 Why did you think that it was easy? It was just assumption. One of your teachers always said: “Never assume” … END_OF_DOCUMENT_TOKEN_TO_BE_REPLACED