Free yourself! Forget about the 1%, knowing that there is 101%! 😉 Dear friends and readers, welcome back to your pages. Thank you for the US, Canada, India, Brazil, Slovenia, Sweden, the UK, Vietnam, Taiwan, Argentina, Bangladesh, Laos, Bolivia, and Azerbaijan 😉

Hi there! According to Rotten Tomatoes, this is the description for this movie for which we were invited and certainly enjoyed it:

In this action-packed thriller, Liam Neeson is Michael, an insurance salesman, whose daily commute home quickly becomes anything but routine. After being confronted by a mysterious stranger (Vera Farmiga), Michael is blackmailed into finding the identity of a passenger on his train before the last stop. As he works against the clock to solve the puzzle, Michael is unwittingly caught up in a criminal conspiracy that carries life and death stakes for himself and his fellow passengers.

It is a family movie, you can watch it with your family. There was some suspense but not to reach being a thriller. Neeson was supposed to be in his sixties but he looked far older than that for some reason.

He played his role genuinely and that goes for all actors and actresses in the movie. They were all brilliant. Other than that there was few exaggeration n few co-incidences. The explanation for the whole theme was a bit weird but nothing is easy these days. 🙄

If you don’t think too hard about why Neeson gets brought in or how the baddies operate or what the point is, you may be able to enjoy yourself. At least until the final act, when the film goes off the rails. Like a train might do.

Probably the last part was not really needed, having the train off the rails and saving everyone after the acrobatic part that played by the conductor and Neesan. 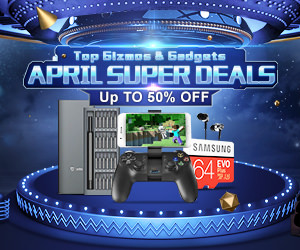 All in all it’s a good family movie, and it’s message was very clear: where is the middle class? What happened to it?

Until we chat some more, keep scrolling up and down through our topics, to get your true inspiration, with our hugs and kisses ❤