Anger is a strong tool; use its energy to head up! 😉 Welcome back friends from the US, Brazil, Germany, the UK, India, Spain, Costa Rica, Germany, Indonesia, the United Arab Emirates, and Haiti  😉

The potion that can give you one wish.

Would you believe it if someone told you that there is a potion for you that can make you fly? Is it at all possible? Well that site claimed that there was a number of different potions that can give you magic results, but as someone said one day to everyone else: “whoever believes in magic is a fool”, I would believe only when I see it with my own eyes. 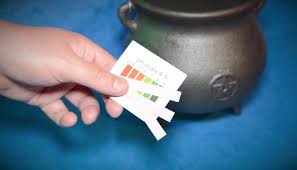 The true question is what if it was truly working, would you be willing to have wings and fly like a bird or you’d rather keep the way your body is and just watch someone else doing that to herself?

Yes, indeed it is, Eric said that he wouldn’t try it even if it was true. Amanda said she would try it if she saw to what extent it worked, or if it would take her everywhere she wanted to go to, or that it had limitations and danger.

Right, it makes sense. If it was true, you need to know first to what extent that could go, and if it carried harmful consequences or not.

Anyway, here’s the site address, if you are into experimental potions.

Linda commented: “it’s all bs”, but could we know if it was real or just another junk story? Your doubts will get higher when you see the picture that was posted for a girl with wings, coz the wings were actually on her dress not underneath her dress, which is a contradiction to their claim, but still who knows?

Until we chat again, why don’t you send us something about your business to be among our coming topics, with our hugs and kisses ❤

Reading could be similar to either eating a snack or a full meal! 😉 Dearest friends everywhere, it is great to know new friends every single day; therefore, we thank everyone of you who spend few moments feeling our words. Our special thanks go for friends from the US, the UK, Nigeria, India, Philippines, Argentina, … END_OF_DOCUMENT_TOKEN_TO_BE_REPLACED

If a picture will please you, it’s worth looking at it; if a flower will give you a smile, it’s worth growing it; and, if a word will inspire you, it’s worth reading it! 😉 Do you think that moving is fun? Then we have news for you. it is not mostly but it could be. … END_OF_DOCUMENT_TOKEN_TO_BE_REPLACED

If a picture will please you, it’s worth looking at it; if a flower will give you a smile, it’s worth growing it; and, if a word will inspire you, it’s worth reading it! 😉 Why did you think that it was easy? It was just assumption. One of your teachers always said: “Never assume” … END_OF_DOCUMENT_TOKEN_TO_BE_REPLACED