Friends & readers, thank you for reading our words. We are here because of you; especially our folks from the US, Canada, Mexico, Philippines, Slovenia, Croatia, Germany, India, the UK 😉

Today in one of my classes, there has been a debate among three of my students. It has been quite interesting to hear what they said. One was from Canada, a second was from China, & a third  was from Ukraine.

First we were talking about appearance, and how some people neglect themselves when they are home, while others prefer to dress up most of the time. The original argument was about a husband and a wife, and how appearance can end a marriage, if neglected.

The student from China was the first one to oppose strongly to that statement. In his defense, he didn’t care about his appearance at all while being home, with his wife, partner, or kids, coz he was supposed to be resting while he was home.

He added that the only good appearance and dressing up well should be for business purposes only.

From California, another student stood up explaining that a person should care for her/his appearance whether home or 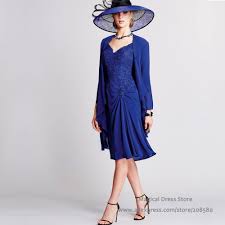 outside, no matter where she/he is. She explained that, “a person’s image partly is partly affected by the way he is dressed up”.

The last viewpoint was given by a Canadian student, who emphasized the importance of being elegant, not only to be dressed up for occasions, or for making an impression on others, but also for the self. He justified his opinion by describing his own feelings (for himself), when he was well-taken care of, and while he was not.

Furthermore, he claimed that

there was always that kind of motivation and self-confidence that were brought to him, when he was all in fine outfit, and that made him liked it more. Since then he decided to keep generating that good feelings about himself, which in turn, made him more productive and more successful.

Let me add a tiny point here for clarification, we were not talking about following fashion, going after expensive clothes, or anything of that sort. 😕

My dear 1Zumba friend, what do you think of all these different views? Do you agree with any of them? Or do you have your own wise insights?

In a little bit, we’ll be back. With our love for all of you ❤

Reading could be similar to either eating a snack or a full meal! 😉 Dearest friends everywhere, it is great to know new friends every single day; therefore, we thank everyone of you who spend few moments feeling our words. Our special thanks go for friends from the US, the UK, Nigeria, India, Philippines, Argentina, … END_OF_DOCUMENT_TOKEN_TO_BE_REPLACED

If a picture will please you, it’s worth looking at it; if a flower will give you a smile, it’s worth growing it; and, if a word will inspire you, it’s worth reading it! 😉 Do you think that moving is fun? Then we have news for you. it is not mostly but it could be. … END_OF_DOCUMENT_TOKEN_TO_BE_REPLACED

If a picture will please you, it’s worth looking at it; if a flower will give you a smile, it’s worth growing it; and, if a word will inspire you, it’s worth reading it! 😉 Why did you think that it was easy? It was just assumption. One of your teachers always said: “Never assume” … END_OF_DOCUMENT_TOKEN_TO_BE_REPLACED