Indeed, we appreciate your visits. Keep coming back to our new pages dear friends and readers from the US, Indonesia, India, Mexico, Netherlands, turkey, Brazil, France, Australia, n the UK 😉

There is always that claim that Math is more important than other school subjects. I’m not sure where this myth came from, but I assure you that every single school subject is as important and as hard as any other.

The only person who would claim that is someone who did not have love for one subject or the other, and the lack of love for the subject-matter usually (or most of the time) the reaction of our indigestion of that subject.

First let us address the saying that “numbers in one way or another, there is no way to avoid it. ” But so is the words! So is the words, guys!

Can we avoid the words we speak. We use the words in explaining our Math, so which one is more powerful then? the language that we use to explain everything around us, or the language “Math” which we use our lang to explain? This does not mean that we underestimate the value of math in our lives.

Our language enables us of explaining everything in our world not only Math. We may think that, because everyone speaks the language, then the language must be/is easier than Math. But if 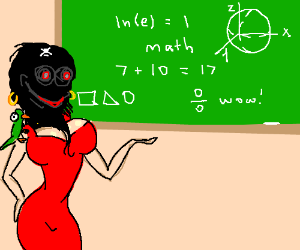 everyone spoke the Math, then our language would become difficult, and the “Math” would be easier than the normal language itself.

Can you speak Math all the time? Then which one is more “important” to you? The language you need to speak all the time, or the language that you can use in making things around you or dealing with certain operations?

Right? What do you think? Pls feel free to send us your opinions. I know that it is a complicated matter, and the implications are many.

In other words, if we can explain geography via Math, or if we can explain Physics via Math (I understand that Math is involved with Physics, Chemistry, n other branches of Science as well, but that will not replace the words and the letters we use to speak about any of them at all.

We can’t write in Math, we write in English in order to communicate with each other, and if there was some financial issues, we can use some numbers or Math.

My guess is that people who like math that much, they came up with that idea that Math is more important than other school subjects or other life matters, but the truth is that, Math is as critical as any other educational subject in our lives. We do not intend to belittle Math.

Secondly, Math is “so incredibly important because you wouldn’t go far in any science without it”, isn’t the same goes for words?

I mean are you going to present only Math in a class of Chemistry or you have to explain it first in our language what are these numbers represent, the name of the element, and its description, not only in its atomic numbers.

Then the writer said “in old days Math used to be only taught to the upper class of people”, to which we answer: “so was poetry, and other fine arts!”

Bias is killing the beauty of learning. Scientists or most of them train themselves to be right in the middle as moderate as possible, because bias never serves the purpose of getting into facts. Without clear facts their theories would fail. Honesty & unbiased attitude is the only way they can prove their theories with confidence and pride.

Nevertheless, there are some who would disagree about that kind of pure honesty and here is an example by the Russian novelist Leo Tolstoy wrote,

I know that most men—not only those considered clever, but even those who are very clever, and capable of understanding most difficult scientific, mathematical, or philosophic problems—can very seldom discern even the simplest and most obvious truth if it be such as to oblige them to admit the falsity of conclusions they have formed, perhaps with much difficulty—conclusions of which they are proud, which they have taught to others, and on which they have built their lives

To put all together, what we say is that all subjects of learning are as important as each other. Our tendency to love one subject more than the other only stems of our love and our mastering for that subject. Therefore, we prefer it over all others. The unknown is scary and disliked.

Until, we chat some more, here’s our kisses & hugs ❤

Reading could be similar to either eating a snack or a full meal! 😉 Dearest friends everywhere, it is great to know new friends every single day; therefore, we thank everyone of you who spend few moments feeling our words. Our special thanks go for friends from the US, the UK, Nigeria, India, Philippines, Argentina, … END_OF_DOCUMENT_TOKEN_TO_BE_REPLACED

If a picture will please you, it’s worth looking at it; if a flower will give you a smile, it’s worth growing it; and, if a word will inspire you, it’s worth reading it! 😉 Do you think that moving is fun? Then we have news for you. it is not mostly but it could be. … END_OF_DOCUMENT_TOKEN_TO_BE_REPLACED

If a picture will please you, it’s worth looking at it; if a flower will give you a smile, it’s worth growing it; and, if a word will inspire you, it’s worth reading it! 😉 Why did you think that it was easy? It was just assumption. One of your teachers always said: “Never assume” … END_OF_DOCUMENT_TOKEN_TO_BE_REPLACED