Even if you were a snake, never trust one! Good intentions do not justify foolish actions, right?! 😉 Thank you for your comments dear friends and readers from everywhere: the US, India, Germany, Philippines, Romania, Netherlands, Turkey, Peru, Ireland, Russia, and France 😉

It’s an inclination or prejudice in favor of or against one thing, person, or group compared with another, usually in a way considered to be unfair.

Bias is ugly, in our opinion, but sometimes, it grows up with you without even realizing that. You would have the bias in a way that is unapparent for you, coz it becomes a kid of attached to your thoughts and your eyes, in the way that you see people around you.

Here we talk about bias against persons, bias against other people. While you’re unaware of having this kind of bias, you would be doing things that you shouldn’t be doing. These wrongful doings on your part which are associated with certain ideas in your own mind would hurt others’ feelings or others’ lives.

Therefore, take a moment and think of everything you were taught while you were young. It is similar to what your parents when you were a kid: “don’t talk to strangers”, “Short people are sneaky”, “Blue-eyes girls are deceitful, never trust them”, “Asians

are like crocodiles, be careful”, “White people are haughty- just ignore them”, and thousands of other examples. It all depends where, when, or with whom you were raised.

Bias is there! It is seen and heard everywhere: in our media, it is there very clearly, and if you can’t see it, you must be…asleep.

As quoted by experts:

It can be dangerous to rely too heavily on what experts call System 1 thinking—automatic judgments that stem from associations stored in memory—instead of logically working through the information that’s available. No doubt, System 1 is critical to survival. It’s what makes you swerve to avoid a car accident. But as the psychologist Daniel Kahneman has shown, it’s also a common source of bias that can result in poor decision makin…more!

What is the solution? It is all in you. Inside of you, there is an adequate solution: refine yourself of all prejudices or bias that you gained while you were young, child, or youth. Because if you continued carrying it, bias would be a burden, and you will act weird in a way that people would eventually avoid you. You would be marked as a biased personality. Not too many trust biased people anyway. You don’t want to be that untrustworthy person, do you?

It is not easy but it is doable!

Bias is your enemy. It is never for your best interest, or the interest of anyone.

You need to deal with it, and to free yourself from it, if you feel you have it. It is a ruining characteristic.

A friend of our site wanted to share these pictures for weird guns with us: 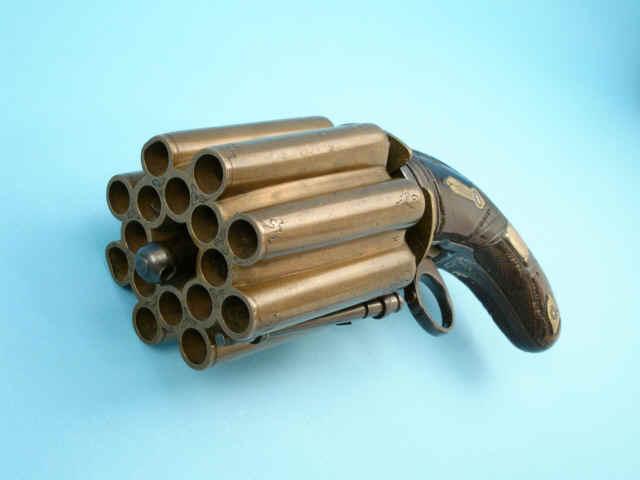 Until we talk once again, flip our pages to find it, with our hugs and kisses. ❤