Some can see the future while others give their backs to it, guess who you want to be with?! 😉 Dear friends from the US, Canada, Germany, the UK, Czech Republic, India, Denmark, Hungary, and Italy, it’s always pleasure to talk to you and get your comments or likes 😉

When you lease a vehicle, there is plenty of things you need to pay attention to, but the truth is that you are mostly focused on getting the best possible options and you want to get the car and leave the dealership. Tolerance for discussion is great but under the fast-pace circumstances you live right now, it has become luxury.

They used to say “time flies” but now it is not flying, it’s magically evaporating. You find it for one moment, then it’s vanished for the next moment. It’s amazing!

Do you remember one of our previous posts which talked about car recalls? At that 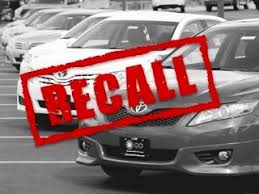 time, none of our team was actually affected by a similar situation. But now Shawna told us about her situation with a recalled vehicle for which she didn’t get any remedies yet.

In early 2016, NHTSA concluded, based on a review of findings from three independent research organizations, that “a combination of time, environmental moisture and cycling high temperatures” is the root cause for the degradation of the ammonium nitrate propellant in the defective Takata airbag inflators. Such degradation can cause the propellant to burn too quickly, rupturing the inflator module and sending shrapnel through the air bag and into the vehicle’s cabin. To date, these ruptures have been responsible for more than 180 reported injuries and 15 deaths in the United States. 😥

Shawna leased the car two months ago and received a safety recall letter last week. Talking to her dealership, who probably knew about that car and its dangerous airbags situation, but they never mentioned that for her. They were in a hurry to close the deal, as she said.

Shawna was given, what they call, the runaround for many days, and she became so concerned every time she drove her car. She asked us for help. If you have any advice pls send your response urgently. :angry:

The only thing Brian was able to put his hands on was a consumer advice that was issued by The National Traffic and Motor Vehicle Safety Act:

As you see, it is clearly stated that the manufacturers (dealerships who represent them)  should provide an alternative for the buyers or the leasees in order to be to go to their work and not to compromise between staying home or endangering their lives. Unfortunately, few companies cooperated in helping their customers while many refused to care for the safety of people who are regularly making their payments.

March 20, 2018: Senate report highlights that only six of the 17 automakers involved in the wide-ranging Takata airbag recall have adequate loaner car policies for customers that are waiting for parts to become available. The companies that have the most comprehensive loaner policies with the fewest restrictions are BMW, Fiat, Chrysler, Honda, Nissan, Subaru, and Toyota.

Is it greed again or carelessness?! :angry:

Until we talk again, stay around our topics and find your muse there, with our hugs and kisses ❤