You have the dots, is there a way to connect them? 😉 Welcome and thank you for coming to our world today, particularly our friends from the US, Canada, Georgia, India, Australia, Czech Republic,  Brazil,  and Italy 😉

Of course, we appreciate your comments, suggestions, and questions, coz it always inspire us and open up new horizon for your topics.

Now, if someone a man or a woman wants to marry, and it happens that s/he met with a decent person, but the only issue that s/he is concerned about is the past of that other person.  How should s/he act? 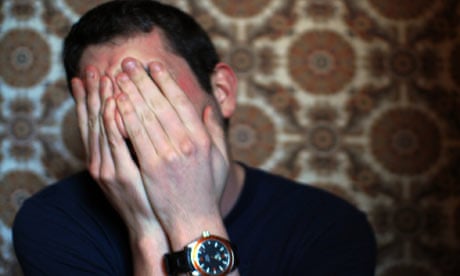 “I wrote this  because when we get cheated on, we contemplate and wonder “why”. My ex-girlfriend told me to my face that she was cheated on me.
Why did this happen?
What did I do wrong?
What is wrong with me as a person?
Why do I keep meeting the wrong women?
What was better about the other guy?
Why didn’t the woman I loved with all my heart and that I was loyal to show me the same courtesy in return?
The questions pile up and it’s hard to find answers.”

The 2nd  question’s story is:

My girlfriend used to be a prostitute, and I fond out by chance:

i was trying to find out her personality, i only knew her as the bubbly fun sexy girl she is or (acting) during when i met her when she was still “working” until after she quit.. though it may sound harsh but my thinking was that if a woman worked that job that means she will never have moral standards again and she will cheat and lie and meet guys to satisfy herself (sexually and other , though my gf denies interest in sex when meeting men, she claims she likes talking and flirting .

The 3rd story came from a married woman, who discovered that her husband was working as a male sex provider, and that he even described details about his job online. She knew that from her best friend’s husband, who was  one of his clients 😡

When he (the male-prostitute) was asked if he would quit eventually, he said: “Why would I do that? It’s is not my preferred choice for income, but it’s better than starving or being homeless.”

That was so weird, at least for me, to hear that kind of bold talk. But since it exists

in our society right now, we need to talk about it; and if we consider it a wrong doing, we should help people, who do not understand the bad consequences.

The hardest question for all of those (millions or billions of people are exposed to similar situations in a way or another) we had: “how could you trust your partner, when you know about that?”

We all know that trust cannot be in parts; in other words, it is either you trust the person, or you do not trust her/him, period. You can’t have both trust and mistrust for one person. You can’t say I would trust her in our marriage, but i wouldn’t trust her in our budget.
It’s a dilemma to find out something as ugly as that, and it hurts when everyone around you knows about it, except you. Certainly, it ends all the trust.

I hope you found that helpful in your decision. Whatever your decision would be, you would be relieved once you took it.

Love you all guys, and until we chat some more about a new interesting topic, here’s my kisses 😉