Hello again everyone who is here now reading our words, and enjoying our chat, from the US, Australia, & Germany 😉

My dear 1Zumba friend, it’s amazing! I thought I wouldn’t have energy for my 1Zumba class, but once we started, I couldn’t believe it! That’s enough to say, coz I could go on & on forever. The funny part about it, is that it has been all played back in my mind in my way back home. Don’t we have a fantastic brain! Thank God for everything we get 😉

It’s a very interesting subject. Why? Because when you’re serving your country, you’re supposed to be the utmost excellent example for everybody else when it comes to honesty and fairness, not only for the sake of the  country you manage, but also for the sake of the family you took an oath before God to respect, protect, and remain with under all & any circumstances 😉

“U.S. presidents have a long history of infidelity. While we know all about the front page stories, there are many cases that have flown under the radar and/or have been covered up. Let’s delve into the most legendary presidential mistresses (or misters) of all-time.

Sally Hemings will go down as one of the more memorable presidential mistresses in history. Thomas Jefferson allegedly fathered six children with this woman while she was his slave, and would ultimately be granted freedom.”

Nobody’s perfect. And occasionally the more perfect someone seems on the outside the more flawed they are on the inside. Of course media can make the right wrong and the wrong right 😯 1. JFK & MARILYN MONROE
He was the most handsome and physically striking president to date. She was an international sex symbol and the object of practically every male fantasy. Yet he (John F. Kennedy) happened to be married, and she (Marilyn Monroe) seemed just fine with that.

2. JFK & JUDITH CAMPBELL EXNER
Apparently having a prolonged affair with one of the most beautiful women in the world simply wasn’t enough for John F. Kennedy, since he was also known to have an ongoing relationship with Ms. Exner after the two were introduced by Frank Sinatra in Las Vegas.

3. ABRAHAM LINCOLN & JOSHUA SPEED
Times were different in the late 19th century, and it wasn’t that uncommon for two grown men to sleep in the same bed together, especially when both men were lacking in cash (times were tough).

4. JFK & ELLEN ROMETSCH
We now arrive back at our most illustrious playboy. John F. Kennedy once again finds a gorgeous women to shack up with in Ms. Rometsch, who was rumored to be both a German spy and a prostitute—the lines were somewhat blurred—during the Cold War. 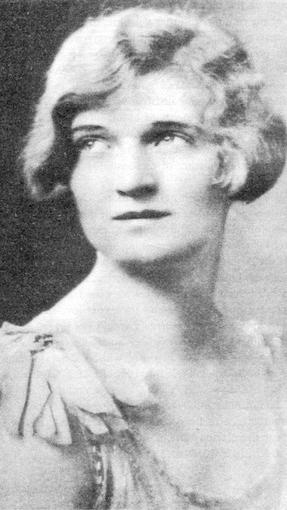 10. WARREN G. HARDING & NAN BRITTON
11. WARREN G. HARDING & CARRIE FULTON PHILLIPS
12. BILL CLINTON & MONICA LEWINSKY
13. DWIGHT D. EISENHOWER & KAY SUMMERSBY
14. TOMAS JEFFERSON & SALLY HEMINGS
15. JOHN TYLER & HIS MANY SLAVES
16. GEORGE H. W. BUSH & JENNIFER FITZGERALD
17. FDR & LUCY MERCER
18. JAMES GARFIELD & LUCIA CALHOUN
19. LYNDON JOHNSON & ALICE GLASS
As another one of our repeat offenders, Lyndon Johnson could not seem to keep his hands off the women he was attracted to, regardless of how much this hurt his wife.
20. JFK & ANGIE DICKINSON
It seems only appropriate that we end with the man whose unstoppable lust for women seems to have outdone that of all other presidents in US history: John F. Kennedy.

Go to the links to read more details.

Dear 1Zumba friend, you can use your imagination, how any of those relationship went on, or if it existed in the first place, coz nobody knew the truth, when it comes allegations without proofs, unless of course there was confirmed witnesses or valid proofs.

Anyway enough for now, and until we chat some more, here’s my kisses ❤

4 thoughts on “US Presidents FlingS, 1Zumba!”