You have seen a lot, and so have I. Its magic is that it was never seen by anybody else. Think about it, but let’s first welcome our fiends from the US, Philippines, Brazil, Ireland, Vietnam, n France 😉

Someone told me that I was wearing an orange dress, which for me, it was a red dress. 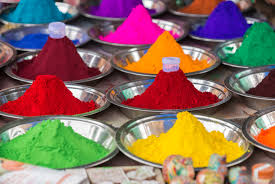 You know I’ve just seen that viral video on Youtube, and FB, and I’m wondering about that creepy man, who grabbed a 13 yrs old boy to his back yard, and shot him. Think about it, if your own kid was in that situation, how would you feel about it? He learned in school that girls and ladies should be respected, and that was all what he said: “Respect the girl.”

He was punished trying to be a gentleman, so growing up, from now on would be

completely different for him. Don’t you think so? 🙄

The boy was helpless, and the school students were recording every moment, and that guy was so determined to shoot the kid, he had no fear whatsoever of consequences or law, all in day light.

Why? Anger fit, or a junkie, I do not know, but I’m surprised that people were taping that, instead of interfering, and pulling the kid away from him. He was only one person, and the whole crowd, were just watching. Is this how our communities became like? So passive, so heartless! Just watching injustice, or a crash of humanity, and doing nothing. It’s a murder attempt.

You’d say he had a gun, yes, but he didn’t show it, until he pulled the kid into his vicinity, just to claim later on, I think,  that it was self-defense or trespassing. But that is absurd, of course, the law is not that BS. Still, it is unfortunate incident, and there should be some

I feel sorry for the parents of that kid. No matter what that boy did, it would never justify that he would be scared to death like that. 😡

“Bluff” tale stopped at thinking again of making that trick, but it would not work, coz it had to be before you utter anything to that stranger, who was a threat.

I recalled that trick, which was basically to talk in a different language, or to act as if you talk in another language, saying nonsense phrases.

As you know, one of the purposes of language is to protect yourself, and to keep your secrets away from others. Even in the one language, there are other ‘sub-languages’ invented ones by

people in certain businesses. For example, in the gold business, someone told me and proved it that there was a kind of special language among traders, which nobody else would understand at all except them.

Anyway, it wasn’t going to work with that crazy person, who I didn’t understand what he was talking about, or where he came from; I just wanted everything to end. It felt like a nightmare!

It felt worse, when I heard some steps coming towards our room, and it wasn’t for one person, It was for more than one. It was translated immediately in my mind into a gang’s plan, why not. The steps were approaching us; that much I expected, but it wasn’t that!

Love & care for each other. Remember that we were taught that our universe started by one female, and one male, so technically-speaking we are all brothers and sisters. That’s why we need to be kind to each other.

Until we chat some more, here’s our love, hugs, & kisses ❤

Reading could be similar to either eating a snack or a full meal! 😉 Dearest friends everywhere, it is great to know new friends every single day; therefore, we thank everyone of you who spend few moments feeling our words. Our special thanks go for friends from the US, the UK, Nigeria, India, Philippines, Argentina, … END_OF_DOCUMENT_TOKEN_TO_BE_REPLACED

If a picture will please you, it’s worth looking at it; if a flower will give you a smile, it’s worth growing it; and, if a word will inspire you, it’s worth reading it! 😉 Do you think that moving is fun? Then we have news for you. it is not mostly but it could be. … END_OF_DOCUMENT_TOKEN_TO_BE_REPLACED

If a picture will please you, it’s worth looking at it; if a flower will give you a smile, it’s worth growing it; and, if a word will inspire you, it’s worth reading it! 😉 Why did you think that it was easy? It was just assumption. One of your teachers always said: “Never assume” … END_OF_DOCUMENT_TOKEN_TO_BE_REPLACED