Great! You’ve just started to unveil what is needed to be seen! 😉 Welcome back readers and friends from everywhere: the US, India, the UK, Serbia, France, Spain, and Netherlands 😉

“This class is a joke, I’m dismissing this class immediately. On silence, first row out, second row out, third row out, fourth row out, and last row out!”

There were two teachers in the class, and two instruction assistants, one probation guard, and twenty students when another probation guard roughly jostled in and decided to dismiss the class.

Charles said that he was giving a clarification to one of the students and didn’t give attention to the rest of the class, knowing that there were other staff in-there. Mary, an assistant said she wanted to know how to solve that math problem, so she was checking online for that purpose. Meaning that she was also absent of the class. Jack, another assistant, claimed that he was watching what was going on in the class, and that he couldn’t interfere, coz that was his first time in a court class.

Oh! Charles was a sub-teacher or a substitute teacher, which meant that he was not the permanent Math teacher for the class. Mary was there to assist but she had no background in education. Poor person! Sometimes you can’t help even if you want to. If your major is journalism, it’s hard to help with Math, no matter how hard you try. 🙄

Marina said: “Instructional assistants are always a problem in the court schools because they feel inferior to teachers. They’re  supposedly placed there just for the sake of helping the teacher, but they are burden for the teacher, the admin, and the students.”

What a sub-teacher does is only following the original teacher’s plan, if there was any. Otherwise, he would come up with a plan of his own, depending on the subject-matter.

Still that class was a big joke, coz everything was chaos. The Principal of the claimed school was absent. She run her school from home. What a convenient thing to do?! The admin was young and it was her first job after being a Target associate. Her best performance was to say good morning and good bye.

Lisa was another figure among others whom her limited knowledge of subject-matters in that school made her unsecured. She felt threatened every time a new sub-teacher was assigned to a task in that small circle.

Nevertheless, there was no consequences, everything went on without any objection on the part of those four people, when that one man barged into their room announcing that the class was a joke and dismissing the students, without any respect or consideration for any of them.

And you know what? I think you would agree that there was a truth in what that probational guy said. Educators, may be, didn’t see it. Really? Was it not a class? was it just a joke?!

Until we talk again, keep following up with our stories, which all come from your real-life, with our hugs and kisses ❤ 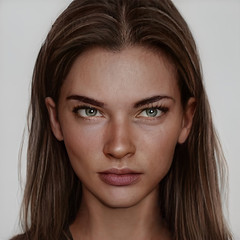