You would be able to explain everything once you had the key on how everyone has heard and replicated only fallacious stories! 😉 Such great friends and readers you are from the US, India, Canada, Brazil, Germany, Mexico, South Korea, and Thailand!  😉

Raven is known in some cultures to be a bad omen, said Kathrine who believed in many of the bird-symbolism relationship. The reason behind that talk was the new movie that was recently on Netflix. 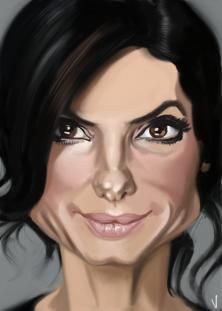 I asked my daughter if she watched that movie, she answered yes with two of her schoolmates. When I asked her how she and her friends felt about it. She briefly said that, to a great extent, Sandra Bullock looked like “Michael Jackson” in her make-up.

The second thing was about the main character Sandra played, and the unknown symbolic object that was killing people, her argument was that “You never knew who or what was that thing, it was unexplained for viewers. It could be referring to technology or media and how it created isolation among people so when they became depressed they killed themselves or each other.

The more they get involved with the notions spread by the media, the more that they become in delusional status, even if they were not killed or dead, they would be as dead, coz their brain has become fixated around technology or whatever the media is ….”

The latest addition to Netflix’s collection of original movies, Bird Box is an adaptation of the 2014 horror-thriller novel by Josh Malerman (of the rock band The Hig….   more

Gina, my daughter’s friend was unable to give any guesses but she mentioned that the blindfolded eyes for all of them during the river’s battle was bizarre, but what wasn’t?

What do you think? Frankly-speaking, it is still entertainment.

It’s probably neither a family movie nor a kids’ film to watch, since it had many blood scenes. It is only for adults. 2½ stars would be fair. By the way, do you prefer to call it a box or a cage?

Until we chat again, try to comment more to feel more engaged getting into your real inspiration mood,with out hugs and kisses ❤