Thank you for visiting our site, and welcome to our new post. To our friends from the US, Serbia, Ireland, & Australia we send our special greetings 😉

Dear 1Zumba friend, it has been busy day, although it’s a Thursday, not sure why 🙄

Have you ever thought about joining the US Air Force?, asked my son to his friend. Jack replied: “I like the uniform, but I know a little bit about the US Air Force Academy.”

My son, who is so taken by the Air Force, started talking about many things, I didn’t ever heard about it before. Naturally, when you are interested in a place, you usually know more about it.

– IF YOU’RE A WEATHERMAN IN THE AIR FORCE, YOU’RE PROBABLY A BATTLE-HARDENED COMMANDO.

Before the Air Force sends squadrons of $150 million aircraft into areas,

it likes to know what kind of environmental conditions are waiting for them. But the kinds of places where it sends such aircraft aren’t exactly friendly or hospitable to U.S. military operations.

To gather meteorological and geological intelligence, the Air Force sends in Special Operations Weather Teams—commando forces with special training to read the environment and report back.

To join such an elite fighting force, these men endure a punishing training pipeline that tests their mental and physical limits. The airmen who make it through earn the coveted gray beret

and crest, and are trained to jump out of airplanes, climb mountains, snake through jungles, blow things up, and use small unit tactics in hostile territory.

– AIR FORCE ONE ISN’T THE NAME OF THE PLANE.

When the president isn’t on board one of the planes we think of as Air Force One—yes, there are two of them—the Boeing VC-25s are simply known as 28000 or 29000.

“Air Force One” is the air traffic control designation for any plane on which the president is a passenger. (To wit, when President Nixon resigned, his plane took off as Air Force One, and by the time it landed, was called SAM 27000.) Air Force One is considered a “protection level one” asset—the security equivalent of a nuclear weapon—and airmen are permitted to use deadly force on unauthorized personnel. So don’t try to charge it.

– THE FUTURE OF THE AIR FORCE WILL INVOLVE “COUNTER-SPACE OPERATIONS,” WHICH IS JUST WHAT IT SOUNDS LIKE: X-WING FIGHTERS AND DEATH STARS. 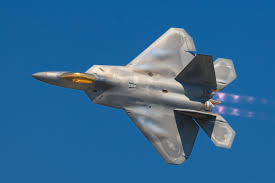 According to Air Force Doctrine Document 3-14.1, we must “be prepared to deprive an adversary of the benefits of space capabilities when American interests and lives are at stake.

Space superiority ensures the freedom to operate in the space medium while denying the same to an adversary and, like air superiority, cannot be taken for granted… Counter-space operations have defensive and offensive elements, both of which depend on robust space situation awareness.”

Phrases like “space control” and “space force projection” sound a lot like something Wedge Antilles would be familiar with. Here’s hoping.

Isn’t this just fascinating, when you hear your son or your daughter talking about things that you do not know. I love this when it happens.

Let’s have a short pause, and come back again, for more chatting. My hugs & kisses for all of you ❤

One thought on “US Air Force, 1Zumba!”