Many people are bored. Others are too busy, and they don’t have the luxury of being bored. They are overwhelmed. Neither are happy. Or probably both are happy in a way 🙄

Which side are you, my dear 1Zumba friend? Are you the busy one or the relaxed one? Lately, we received many complaints about the workers compensation insurance system, which covers employees in California.

It is sad to hear the stories of many of them, who were left without medication, or treatment after being injured during work, and the difficulties they faced for that faulty system. Here’s a couple of their stories:

Workers Comp is a joke.

Janet_Perry_
So, I injured myself at work back in September of 2015. I have a claim which is still active.
Everything as far as getting approval for certain test, surgeries or PT have been going fairly smooth, but because it has been going on for so long they have assigned a Medical Nurse Coordinator to me.
This lady goes with me on

all my appointments and is supposed to expedite my recovery. Since she has gotten involved everything takes 2-3 weeks longer to get approved.
It has been almost 2 years and this yoyo is pissing me off. Anyone have any advise?

Charlie Fate
I too had a nurse coordinator with my first injury through WC in 2014. Things were going slower before her because workers comp. was denying I needed surgery and sending me to all kinds of different docs,  torture techniques, etc..

After having that helping person, all the 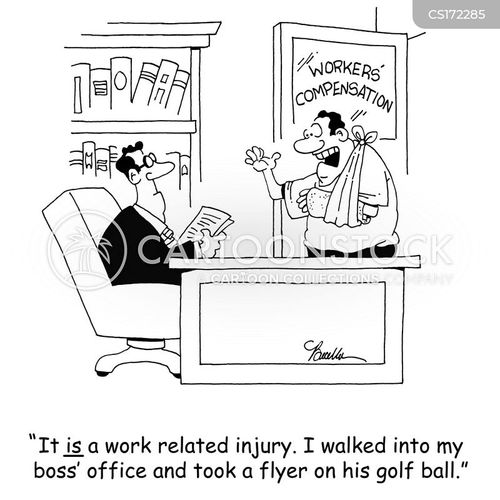 scheduled appointments. had to work around HER schedule. Kinda pissed me off at first. But then I realized she was on MY side.

You can make the nurse your friend or foe. She ended up getting all the BS to stop and finally pushed for my surgery and I got it within a month .

She even followed and was at my recovery visits.   So it can be good or bad..but you can try to get the nurse on YOUR side. Good luck.

AS for being treated different at PM’s and PT’s…I notice it also. Guess they assume you are trying to stay on wc and exaggerate or whatever. So guess what……DO IT!  I was told to exaggerate by someone. I couldn’t. I went in for a 3 day physical evaluation. It was BAD.

I went in there on

vikidin 750’s and told them, and I was still in bad bad but pushed on. They had me climb a ladder…it hurt so bad and took about 3 min. of major pain. But I did it. A normal person could have did it in about 10 seconds. But guess what?…

It was marked that I could do it, as well as things as stand/sit on and off 2 hours resting etc…they do not include you had to be jacked up on your meds (that your going to get cut off), and that you were still in major pain.

SO good luck when they make you do one. Just remember the advice….don’t do things just because you can do it 1x because you are trying your best. It works against you. If it cause you pain…SIT DOWN! Isn’t it time for a reform?

I guess it should. We received similar issues before, and we published it, and we will continue talk about it until our voice is heard, and the reform is done.

Thank you for sharing your stories with us, and we hope that all your pain to be gone forever, and to be very healthy again.

Best wishes for all of you. Take good care of yourself, and your family. Kisses & hugs. ❤

Must Bring it Down!

Be mindful that many others like you have lost their best years in life being fooled by the illusion of “Career Advancement Opportunities”! 😉 You are not alone in this. Millions of people who joined work forces are given the same exact bait to work for them; mostly retailers. Why do some big companies do … END_OF_DOCUMENT_TOKEN_TO_BE_REPLACED

Reading could be similar to either eating a snack or eating a full meal! 😉 Dearest friends everywhere, it is great to know new friends every single day; therefore, we thank everyone of you who spend few moments feeling our words. Our special thanks go for friends from the US, the UK, Nigeria, India, Philippines, … END_OF_DOCUMENT_TOKEN_TO_BE_REPLACED