You start your day. You see smiley faces. You tell yourself “Wooh” it’s my day!

You roll the dice and everything goes sweet, one after another,  rolling and rolling until one single moment that mess up everything. Not exactly everything but what 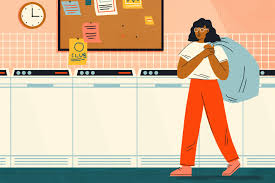 you earlier defined as “your day”.

One  fast action hit you in the head without any warning. You trace it back to that one single moment when you flew up to your clouds and acted as if your actions were fully-guaranteed to succeed, even if it was as simple as inserting your quarters to the dryer machine’s slot.

You may say it’s not a big deal buddy even worse could happen, coins in the slot for laundry or dryer?!

Yes, you’re right it could. But it was not about that moment, it was rather about what followed it until you dropped silent into your bed, coz what came next was like a huge wave of continuous misinterpretation incidents as if they were waiting in a queue.

You heard that fire alarm going on, and you realized that everyone must be asleep, and you thought where that coming from, you got out of that laundry room, and you found three alarm boxes all next to each other on the wall nest to the entrance door. Indicators and lights were flickering and the alarm noise was continuous, but nobody came down of their units. May be they couldn’t hear it or may be it was only loud at the entrance of the building.

Puzzling, you looked at the door of the manager and you read in case of emergency you could call that number which is only responding during business hours, there was no after hours phone emergency on that glass door. what then?

You had to do something, you went back to that alarm sensor machine on the wall. You looked at the one in the middle its lights were still flickering but the one on the right had a text message in lights saying push with two arrows moving down on

each side pointing at were to push.

That alarm you responded to couldn’t be compared to that 2nd alarm that went on once you pushed that button. You were nailed in your place and you started seeing the whole building residents running out of the building.

You couldn’t say a word when everyone was rushing out of the building. You weren’t sure if you did the right thing or it was a false alarm.  You stepped out of the building to since it could be real you don’t know but at the same time you had your doubts. It was unbelievable.

You didn’t expect that to happen. You thought that the buttons that you pressed were somehow connected to the fire dept. and once they get the signal, they would send someone to check on whatever that caused that prior alarm. All kinds of questions kept pouring to your brain. You’re surprised and everyone had her/his own thoughts. They were all getting out of that building.

After 20 minutes the Fire Dept. truck appeared and asked the crowd if there was a phone number to call the property manager coz the back room where the fireman wanted to stop the alarm was locked and they couldn’t open it. Can you imagine that?

If the fire was true and that room was locked and they couldn’t reach any of the control keys the building could have completely gone by the time they would reach anywhere. OMG! That was terrible but the good part was that they figured out that it was a false alarm and they were asking from further away from you who pressed the alarm and you couldn’t answer.

It was embarrassing to say that you did it. What your neighbors would think of you? What kind of blame could you get? Your decision was to keep silent until the property manager arrive and then you would tell her about it. You tell yourself “Wow, I really rolled the dice!”

The whole place in chaos and eyes were looking at each other, kind of wondering was it you who did that or was it her who did it or so tired whoever did that needed a punishment it was in the middle of the night after all.

The property manager arrived after someone figured out that there was another hidden number and she opened the door to the firemen to stop the alarm which was terrible loud noisy alarm.

The alarm stopped and everyone went up to their places and since there was cameras everywhere once you got into your unit, your phone started ringing! 🙄

Until we chat again, check on our short stories may be there is an inspiration connection hidden here or there with our hugs and kisses ❤