Plenty to say! Plenty has been said and to be said!

Life is going on with all of you, wonderful people, but still you wonder about many facts that exist in your world. Things you watch on your screen, and others you hear over your cell.

One of those things that were brought to your attention was some unbelievable homes that were scattered over your beautiful Earth, and you keep wondering how could that happen? Who were those people? How did they have the power and the money to do all of that?

In the meantime that  makes you wonder, why is it too much for your President to have such a power and funding to achieve giant projects like those, for you on your land? Why did sick people want to stop him from higher achievements? Name one?

If you watched that Netflix documentaries or YouTube, you’d understand what it means. You’d understand why the left called your president dangerous. They called him that for his transparency; for being talented in dangerously exposing them in  their race and lust for putting more money in their fat pockets.

He is dangerous for revealing the left’s vicious intentions and hiding the truth away from you, people. Yes, hiding the zillions of dollars they put in their pockets, or their palaces, like the ones you see in those documentaries, and strip you from any right in that treasury money- your money!

Until we talk again, join our world, be with us heart and deed, you’d get it with our hugs and kisses ❤ 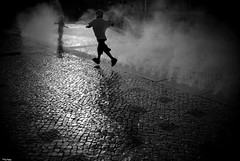